I had the privilege of accompanying Bob when he took his first elk last year. He was 72 years old and had not had a successful elk hunt to this point. After his nephew Joe tagged out, I set out with Bob to find a shooter. That first evening I spent glassing some open country known for feeding lots of bulls. Just as I had anticipated, several bulls began pushing their harems out of the trees just before dark. There was one bull that stood out with a very unique shape to his rack. The bulls frame was kinda narrow, but he had some good tine length and thirds that shot straight out before curling up. The plan was to get there early enough in the morning to catch them on their way back into the trees. Our slow but steady approach in the dark proved just fast enough as we were able to get in front of the last group of elk to leave the meadow. As luck would have it, it was the same bull I had glassed the night before. If you watch closely, you can see blood erupt from the first wound mid body as the second round makes impact in the lower neck. Many thanks to Carl Bryant for capturing it all on film! 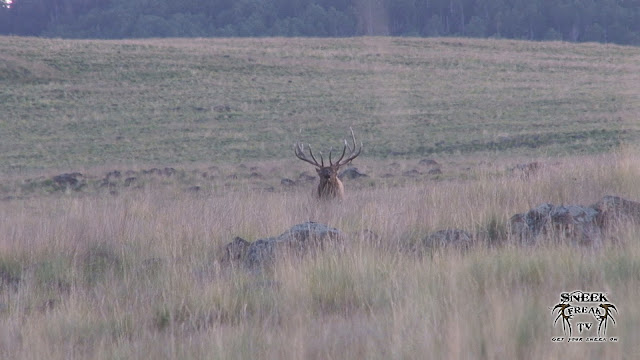 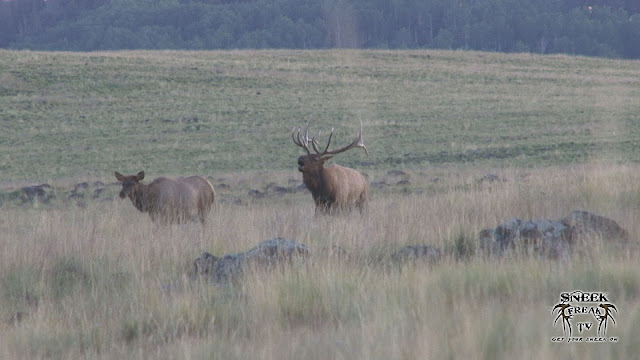 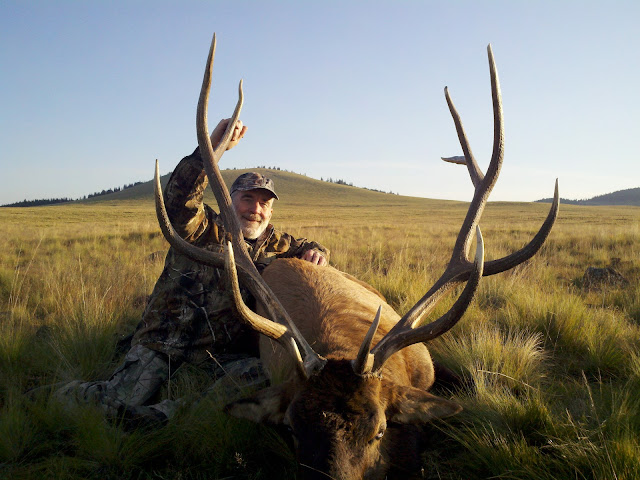