With the season opening in just two more days, I was excited to see my truck read only 39 degrees this morning as I arrived at my spot. There were a few bulls talking and I did my best to get a look at them without them knowing I was there. The first bull I saw was really lighting it up. He was about a 320" 6x6 with a unique split beam. I decided to forgo trying to film him in hopes of finding his competitor who was also talking a bit. I hadn'd seen the other bull yet, but it was worth the gamble. We are looking for bulls over the magic 350" mark. Unfortunately the other bull was even smaller. I did however get some great footage of him raking and bugling. Later in the morning I was also able to slip in on a couple small 6 points who seemed to be sharpening up their sparring skills. Didn't find any "shooters" this morning, but still had a good time. 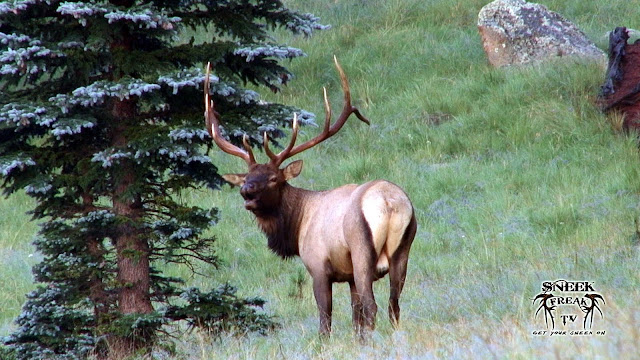 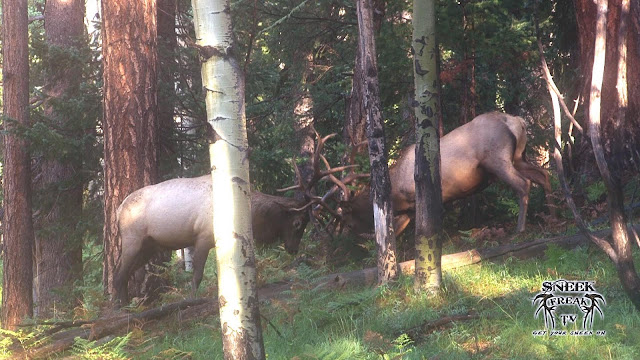