While scouting in mid June I found this bull with a few younger bulls. His unique eyeguards really made him stick out, but his royals were just starting to take shape. I never saw this bull again until the last couple days before the archery hunt ended. After several minutes of debate and with only one day of hunting remaining, my hunter decided to pass at 41 yards! Mid day while reviewing the footage, he had second thoughts. So, we went back to hunt the droopy horned bull that evening. We finally spotted him just before dark and moved into position to call. He responded quickly to the calls, but hung up at 60 yards. With the fading light and longer than comfortable range, my hunter decided to pass once again. Maybe we'll find him again this year! 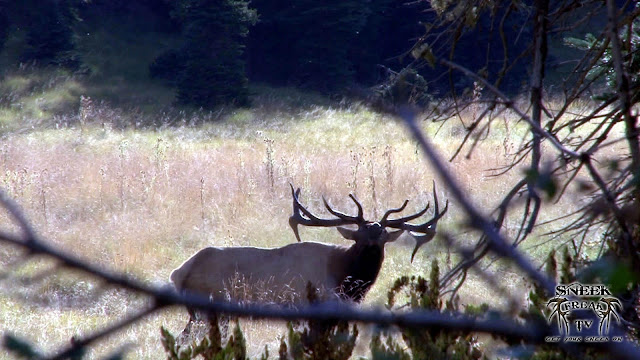 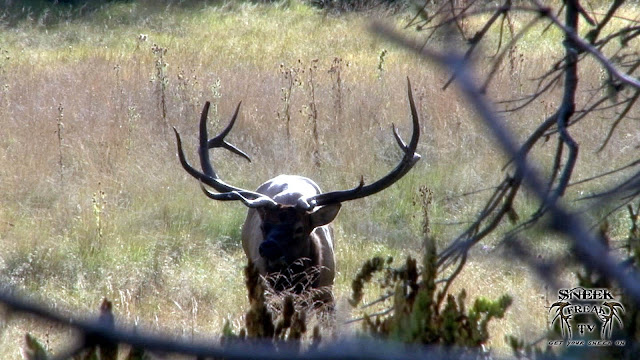